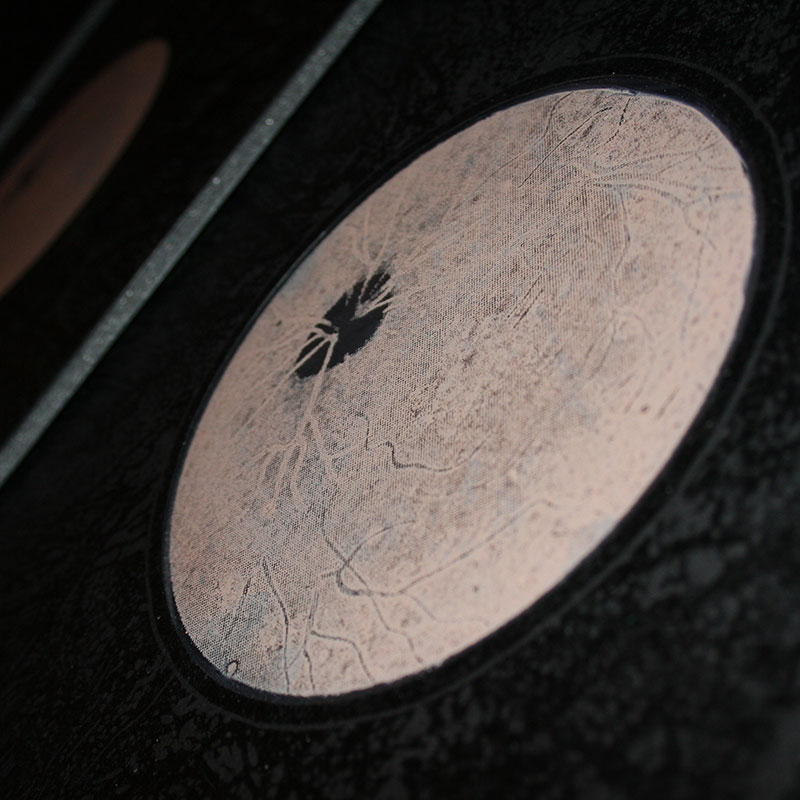 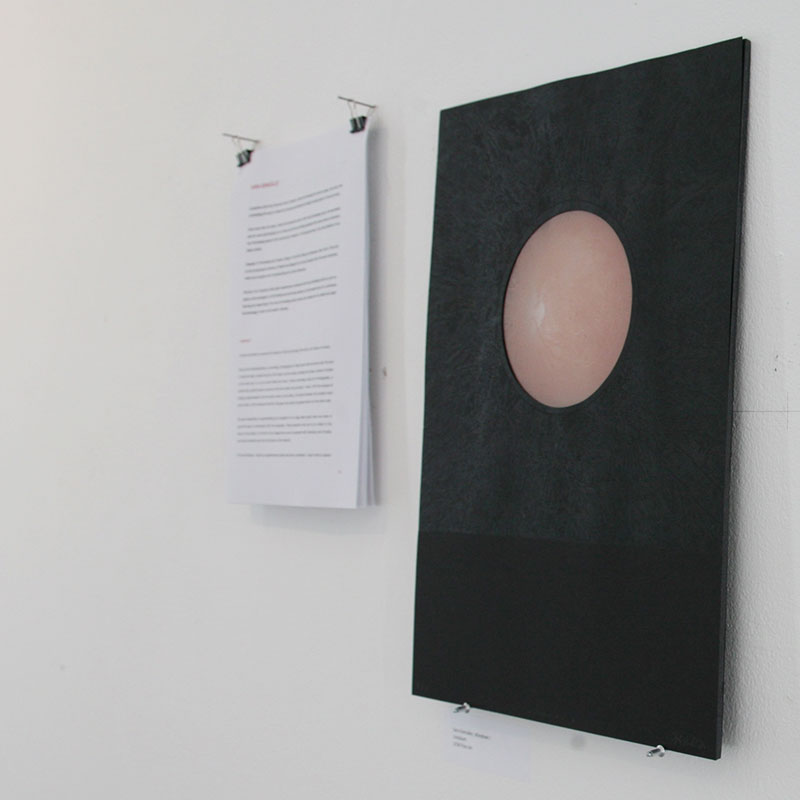 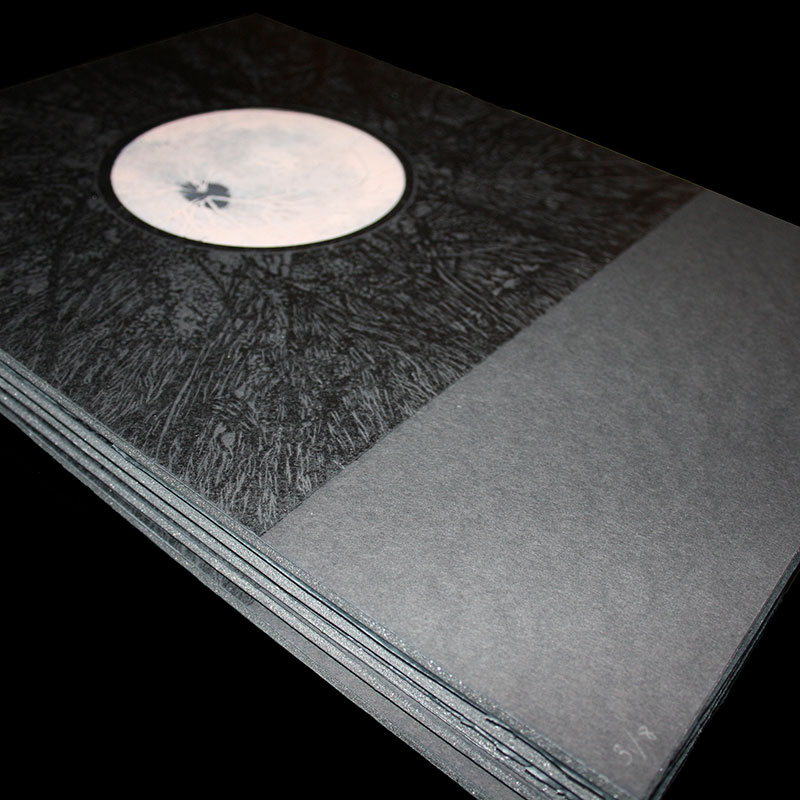 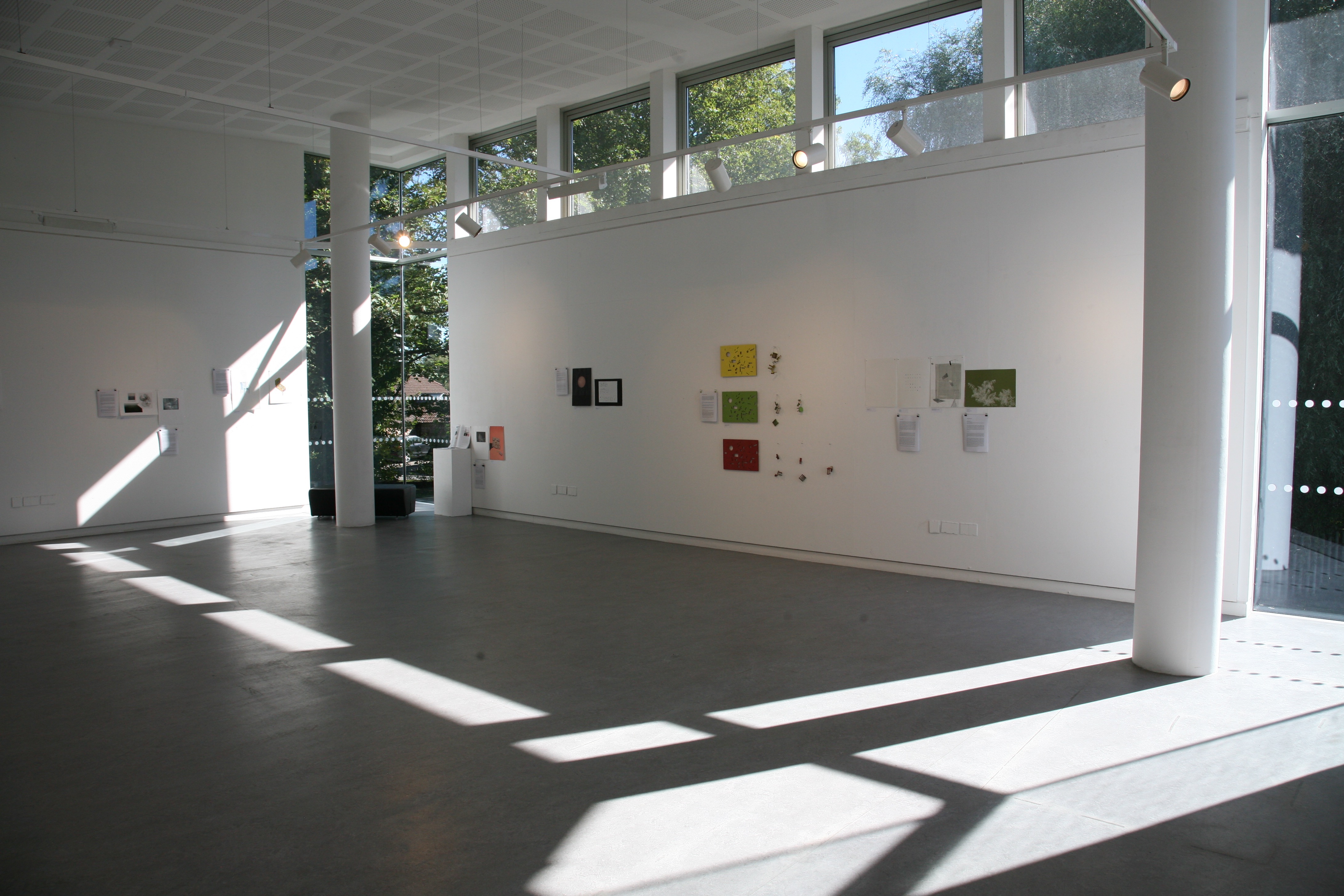 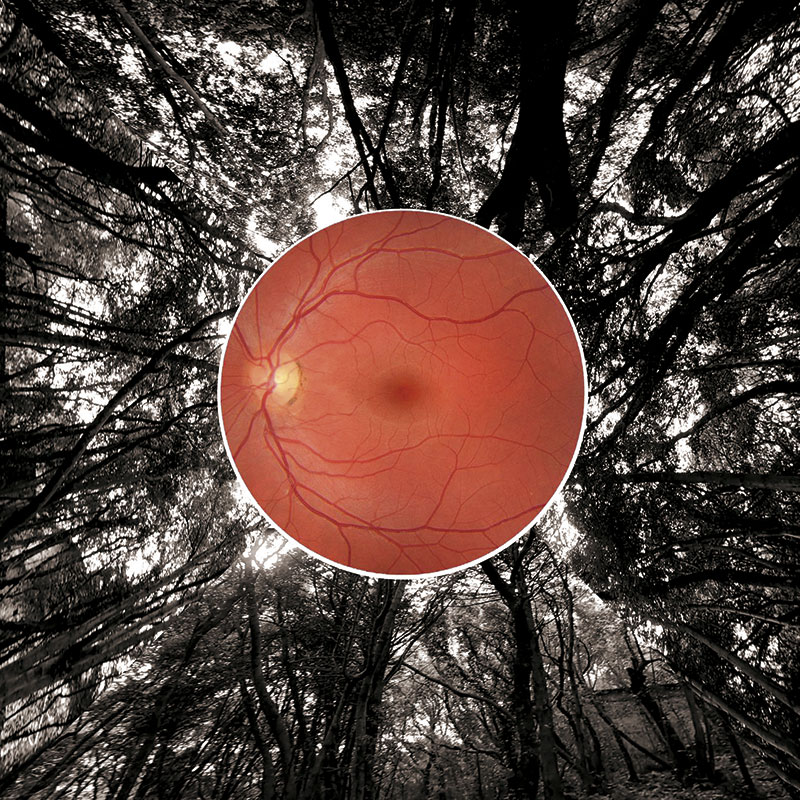 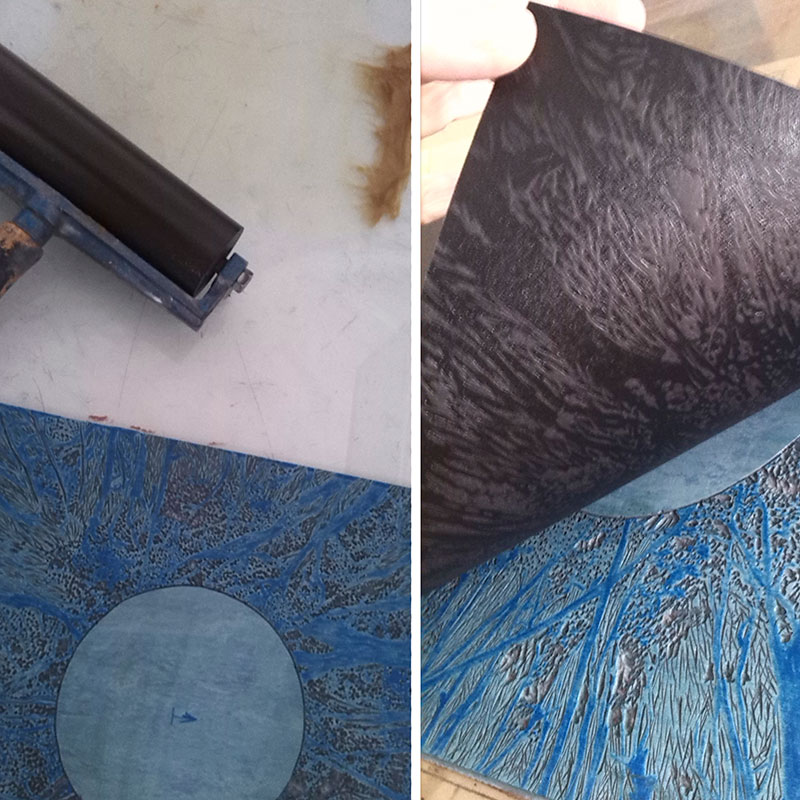 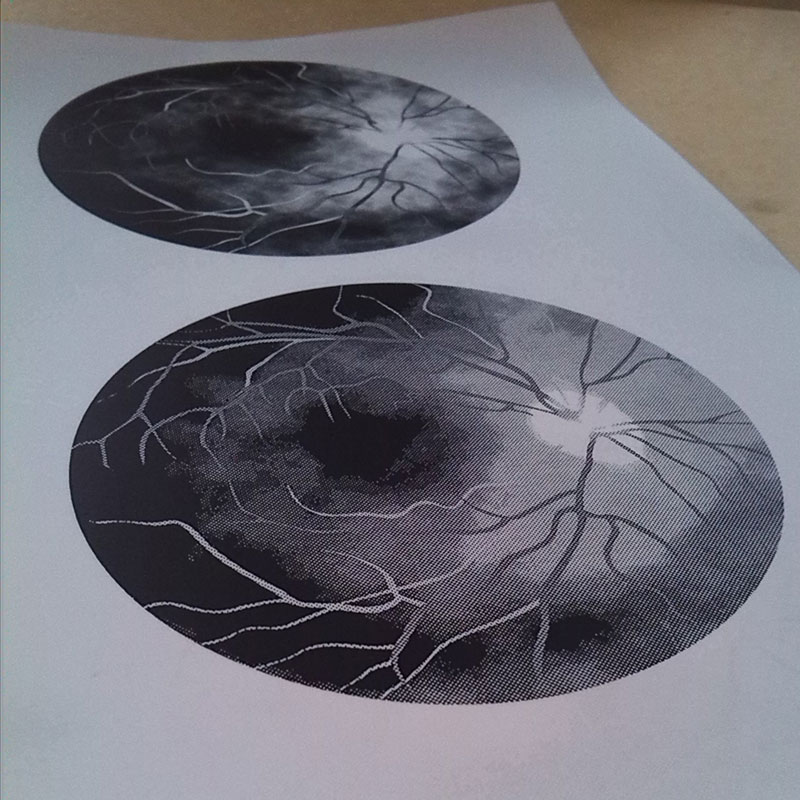 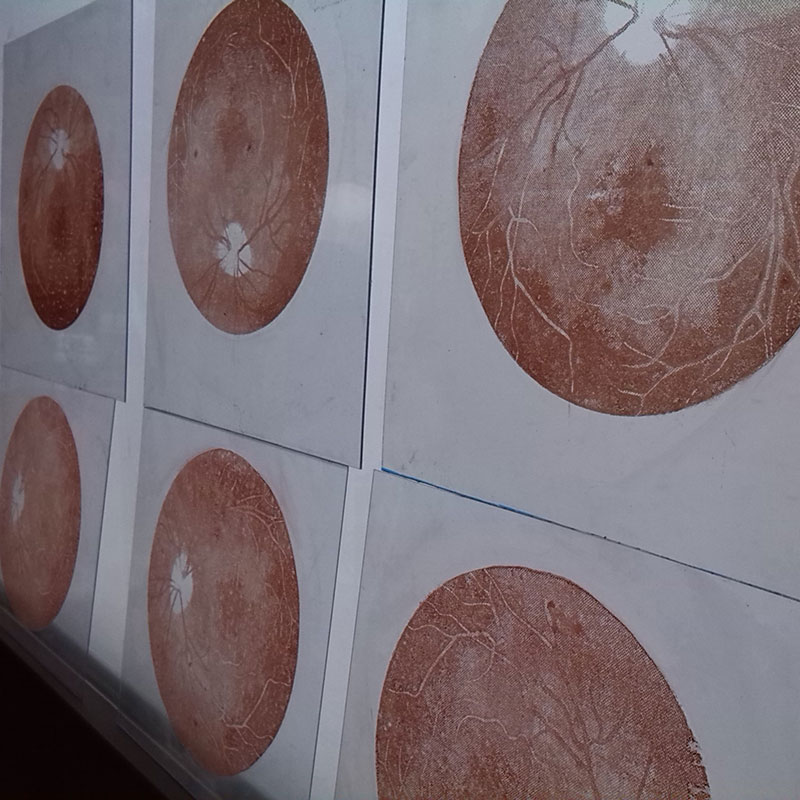 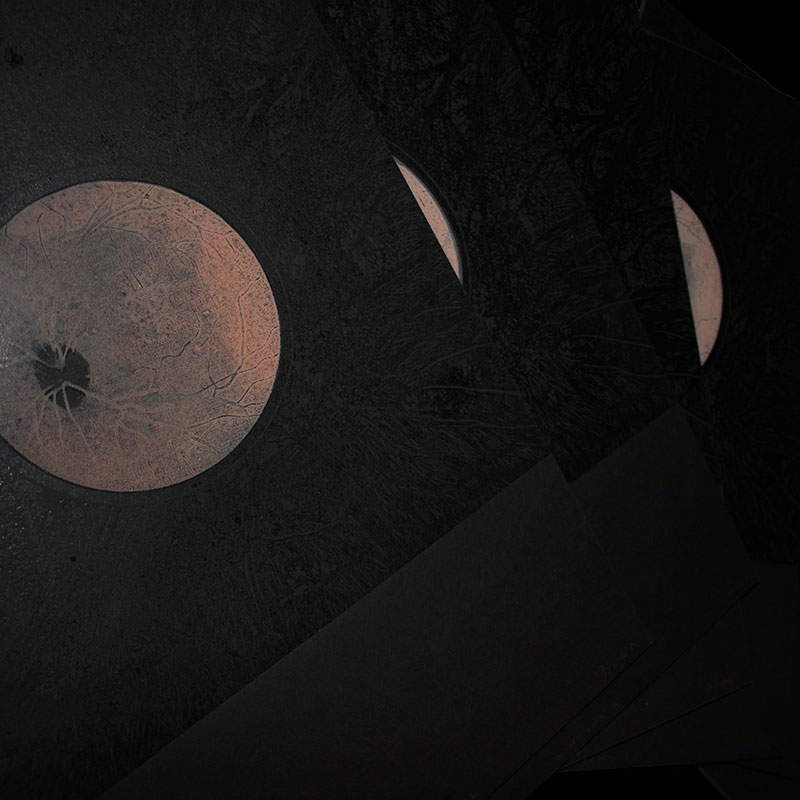 In a try to look inside the mind, I device technology using the retinographer, a machine that could be able to access to the limit where the eye doesn´t reach, with the purpose of making an approximation from the optic nerve to the retina, the border between the outside world and the inside. A thin traslucent barrier, that allows to glimpse what is on the other side.

That same impossibility of apprehending the intangible of an image takes place when we come in touch with nature in communion with the landscape. Those sensations that we try to retain in the retina or in the camera, in the form of an image that we can recuperate both mentally and virtually are the ones I pretend to put into the terrain of the material.

These two ideas have been combined trying to capture the sensations perceived in a clear of the forest. Making a fragmentation I create an unreal image with evocations to the anatomy of the eye.
The image taken by the retinographer is a digital recreation, a fictitious image.

I used transparent ink to print with the aim of recreating the own brightness of the lens that covers the eye, in an attempt to increase the feeling of ambiguity between the exterior landscape and the interior landscape.
The image of the retina has been printed on a transparent support and it has been mounted in a stronger support to apply the light to the work from the outside or from the inside (the external light of nature and the inner light of the mind).

Windows I is a simulation of a reality that consinues remaining beyond the reach of the palpable.